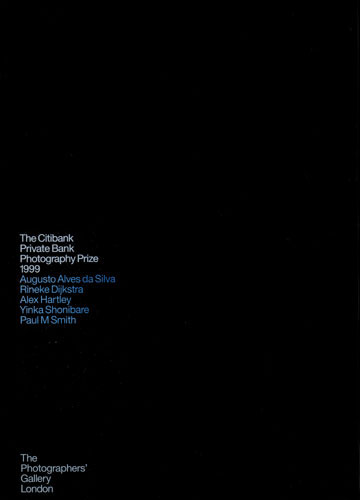 In Augusto Alves da Silva`s synchronised slide projection, Road Works, the viewer’s spatial sense is constantly disrupted, the presumption of forward movement challenged. The mountains in the background always look vaguely the same, but the foreground, if the viewer pays attention, shifts more abruptly. Superficially things appear to change. As the sequence of Alves da Silva’s journey on foot down along mountain road progresses, we see a group of horses, a shepherd, a dog, a Land Rover, some cattle. Sometimes the apparent logic of the sequence is broken, the horses, which seem to approach the viewer, simply disappear.

There is a sense of dislocation. Everything is different, yet everything remains the same. The belief, that the implied journey will lead inevitably to its end, is frustrated. The road is a modern metaphor, a contemporary
signitier for belief, a pilgrim’s way. lt implies faith, the faith that when you leave one place you will, finally, arrive at another, that something will have changed, that the journey will have proved both necessary and worthwhile. The road is the space that connects here with there, the past with the present and the future, it is a symbol of transition. Movement is life, stasis a form of corporeal and spiritual death.

Here the traveller does not seem to impinge upon or engage with the landscape. We are presented with a narrative observed cinematographically and at one remove. Our sense of unease is reinforced because there are no real identifying landmarks. We might be anywhere. lt is a generic place. The traditional relationship with the vanishing point of a perspectival painting is interrupted. The sound of the changing slides, projected on to opposing walls, and which fade into one another heightens this sense of discomfort. As viewers, we feel a mounting anxiety as we begin to lose orientation, caught up in a continuous loop of postmodernity.

Empathy and objectivity are the hallmarks of Dijkstra’s portraits. In an era when most art surrounds itself with the ironic armour of inverted commas, such a clear gaze is unnerving.

The French philosopher Roland Barthes described photography as a form of death. The clicking shutter guillotines the present off from the future conrraling it instantly in the past. We can never again become that person shot by the camera only a moment before. We are consigned to the narrative of our own history. Dijkstra’s photographs of young people on beaches as far apart as the Ukraine and Long lsland, isolate them in that moment between childhood and adulthood. They stand in front of the camera physically self-conscious, vulnerable, the wide expanse of sea stretching behind them, an emblem of the new space they will enter as adults. The gawky young Polish girl in a lime green costume seems unaware that the damp tide mark of sea across the crotch of her swim suit will carry other meanings when photographed. A young American girl in a tangerine bikini holding her tress of blond hair, seems barely aware of the power of her emerging sexuality. Similarly, in an ongoing body of work, Dijkstra’s portraits of America – shot at intervals of several years against the backdrop of institutional and domestic spaces – reveal the transition from a state of non-awareness to the conscious projection of self image.

The edge between life and death is explored in Dijkstra’s images of bullfighters. Their bloodied and shell- shocked faces, their glazed brown eyes, denote both a defiance of the camera and a vulnerability belied by the machismo of their gore spattered costumes. In other portraits of teenagers recorded on video at The Buzz Club, Liverpool, Dijkstra’s subjects are more complicit with the camera, trying to project how they wish to be viewed. It is this mixture of artifice and their very ordinariness that is so poignant. Their self-consciousness contrasts, with almost shocking rawness, to Dijkstra’s photographs of naked mothers just after giving birth. Here there is no mask. The viewer is stabbed by what Barthes caled the punctum, the wound, that goes straight to the heart in a photograph. ln these works, Dijkstra, though her unflinching gaze, illustrates the poignancy of the human condtion.

The pristine white interiors – empty galleries and industrial buildings – depicted within Alex Hartley’s light boxes are idealised spaces that the viewer is only able to observe from the outside, never enter. Using clean, minimalist lines appropriated from modernist architecture, domestic and public interiors, Hartley disrupts and dislocates our experience of what is real and what is imagined.

Set behind frosted glass, these spaces, flooded with natural and artificiallight, are blurred and ectoplasmic. They suggest something unworldly, just beyond the edge of lived experience, like rooms half remembered from dreams. Their lonely silence is the hush of the sacred. They beckon with their still calm but we are
indefinitely excluded from entering their secure serenity. Totemic towers which appear to rise darkly like ancient henges in the mist are, in fact, urban council flats. Contained in steel boxes of near life size, they
too play with notions of dislocation of scale, space and sensory perception, addressing not only our psychological relationship with these issues but our physical relationship with the objects through the
interplay between sculpture, architecture and photography.

This relationship between looking and what is being looked at is further heightened in the gargantuan, fully functioning slide viewer. The very title, Wewer, is a reminder of the complex relationship a contemporary art object has with its audience. lt emphasises that such an object is not autonomous but dependent on the dialogue set up with the observer Notions of artitice, authenticity and value are all explored through the use of the slide viewer, the currency of the art world, of the collector, critic, and curator. ‘Real’ work is rarely selected. Rather choice becomes dependent on a projection of the ‘real’. through the view finder the ideal is glimpsed but again the observer is held off, frustrated.

Within Hartley’s work, the Utopian visions of modernism, its assertive confidence, are still visible but not quite within reach. The spaces of the empty gallery and industrial site are sealed off behind glass. The modernist agenda which considered notions of community and the needs of the individual is displaced and the viewer left isolated in the indefinable space of postmodem culture.

ls cultural identity a construct? lf the trappings of privilege and power are removed, are we ‘all the same under the skin’? Are we simply what we own and if stripped of the artefacts of class and wealth do we lose that identity? Yinka Shonibare’s witty and iconoclastic installations and photographs play games in the spaces where the post-colonial and the post-modern meet. Shot on location over a period of three days in an opulent stately home in Hertfordshire, Shonibare appropriated its country house interiors and took on the central role of Dandy to explore notions of dominance, subservience and artifice, of Victorian Britain and British Heritage against the backdrop of our colonial legacy. Shonibare’s staged photographs mimic the style of Victorian theatre at the height of colonialism. Within this scenario Shonibare takes on the character of the English fop – familiar from – Beau Brummel to Wilde – playing on the double bluff that such dandyism is itself the construct of a fictitious identity.

Shonibare plunders pell-mell fashion, craft, ethnography and painting, blurring the differences between fine art and craft, ‘primitive’ and ‘first’ world art, to force questions about ‘authenticity’. In the creation of his opulent Victorian Philanthropist’s Parlour of 1996/97, he used newly created African batiks decorated with motifs of black footballers playing for European clubs. With Diary of a Victorian Dandy, the fawning sycophancy and hypocrisy of the white protagonists surrounding the Dandy highlights the complexities of social integration and the apparent acceptance of those seen as ‘other’ by the ruling classes. Shonibare colludes with the viewer to make us painfully aware that without the trappings of wealth or class the black Dandy is displaying he would never have gained access to this social milieu. Despite the playful scenario, Shonibare illustrates that, while for the moment the ruling classes may enjoy him as an ‘exotic’ curiosity, much in the same way as 18th century wealthy families kept small blackamoor houseboys dressed appealingly in the family livery, should he cease to entertain them they are quite likely to close ranks placing him once again on the outside. Confusions of social identity are further compounded when he appears to take on the privileged position of the man ofthe house despite its playful humour; the work uncovers, with biting satire. continuing hypocrisies associated with attitudes towards race and class.

So deep is our belief that the camera never lies, that photographs are fact, that we feel duped on discovering that what appears ‘real’ is stage-managed fiction. We find ourselves thrown off guard. But photography allows for self-creation, the re-writing of narratives. Appearances deceive. Truth can be whatever we choose. After growing up in the West Country garrison town of Warminster, Paul Michael Smith joined up for a spell in the army, being posted to Germany before attending art college. On leaving the Royal College of Art in 1997, he concentrated on two bodies of work: Artists Rifles and Make My Night. The title of the first is taken from the 1860 ‘Corps of Artists’ formed by Edward Sterling which contained in its distinguished ranks John Millais, Lord Leighton, Holman Hunt and William Morris. The poet Wilfred Owen was also to join Smith’s photographs appear to be documentary. The young men lined up in front of a tank might come from a promotional pamphlet for the Territorials proclaiming ‘Join the Army and See the World’, However, closer inspection reveals not only the heroics

of soldiering but its dehuma- nising brutality; a terrified man in a black blindfold about to be executed; three soldiers burying a corpse. The sense that war is a boys game is undermined and ironised by the discovery that all the participants are, in fact, the same person. The laughing lad on the tank is also the executioner, the grave digger and the artist. Rather than neutralising war Smith’s images brings it’ vividly and shockingly home. The sense of distancing from real emotion behind a carapace of archetypal group male behaviour is further emphasised in the series depicting a ‘lads’ night out. These might be the same ‘lads’ as those in uniform ‘off duty’. Their antics are not those of the individual but of the pack. Testosterone rules. These fictitious constructs where the artist plays all the characters not only draw attention to the slippage between reportage and fiction but juxtapose covert inner vulnerability and emotional ‘truth’ with the constructed fictions of social identity.